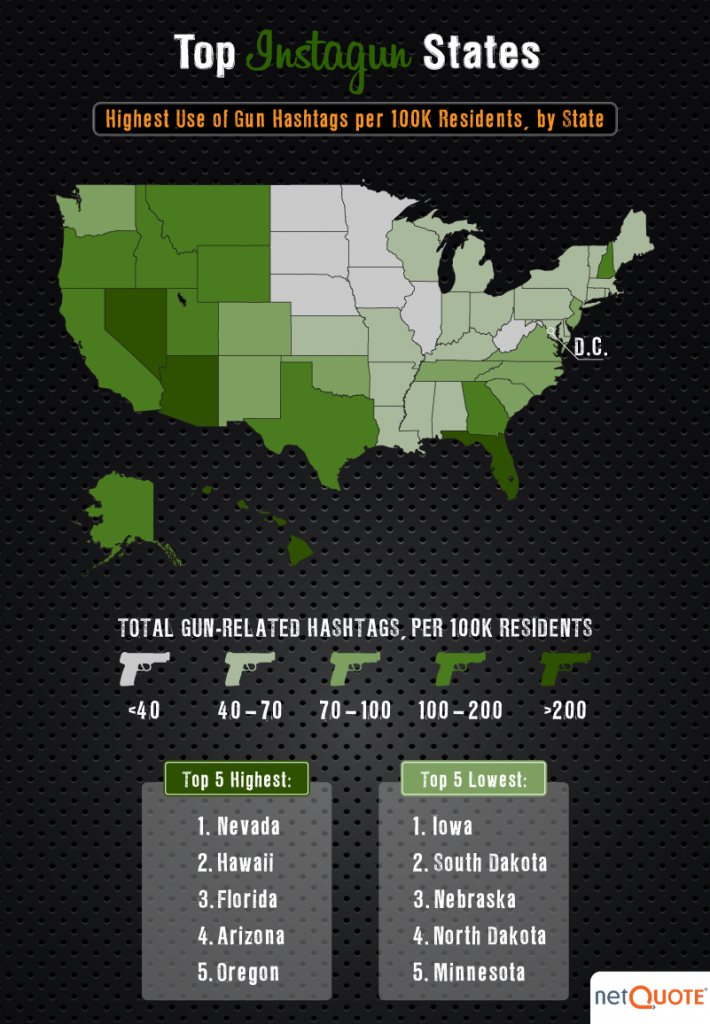 A recent study by the insurance company Netquote  proved something you probably already knew: Nevada visitors and residents love to show off their guns. The study examined more than 6 million Instagram posts from 2013 to 2013 and came to some interesting conclusions. They looked for 12 hashtags such as #2A, #firearms, #girlswithguns, #gunporn, and #pewpew. Here are some of their findings:

One of the driving factors for so much use in Nevada specifically, is the gun tourism industry, which draws in a lot of out-of-state gun enthusiasts to shoot exotic firearms. One gun store owner, Bob Irwin of The Gun Store on Tropicana Avenue said that social media is a great way to reach young people and bring in customers.  “They’re standing in the lobby posting videos of themselves shooting before they even leave,” he said. “It’s a ritual.”

The study was attempting to draw a between gun violence and gun-related social media posts, with (debate-ably) mixed results. What the study ultimately concluded was that  #gun social media mentions mirror the nation’s views for better or worse.” It would appear that support for the Second Amendment is as strong as ever in Nevada.