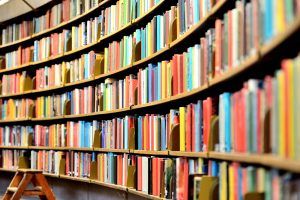 Nevada’s Senate Minority Leader Michael Roberson and Sen. Donald Gustavson both questioned the necessity of the ban outlined in SB 115 during a Senate Judiciary Committee hearing Tuesday as defenders of the bill called it a matter of public safety.

“I’m not quite sure this bill is needed,” Gustavson said. “As far as I know there’s no evidence to suggest open carry or concealed carry pose any danger. I’d just hate to create another gun free zone.”

“I’m concerned that we are telling the public that we are creating gun free zones,” Roberson said. “This bill undermines law-abiding Nevadans right to bear arms in this state and number two actually endangers the public by making public libraries a more attractive place for the criminal element to come. So I want to see adequate security at these libraries.”

When pressed on whether the district believed it was following the law by prohibiting openly carried and concealed carry weapons, Las Vegas-Clark County Library District Director of Development Danielle Milam told the committee “yes.”

Does Nevada Require Live Range Fire to Get A CCW Permit?
Medical Marijuana users Soon to Be Able to Purchase Guns?