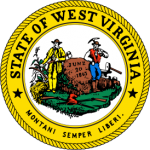 Continue Reading 0
By Jacob Paulsen on June 25, 2015 in Training

With the application of Nevada’s new law, SB175, they have now began to honor the Mississippi enhanced permit. As you may recall earlier in June 2015 Nevada added reciprocity for 12 states and we predicted that a few more would slip in. Congratulations to all those who have the Mississippi permit!

Earlier this month the Nevada Governor signed into law SB175 which, in addition to other changes, removed the requirement for a state to have “similar training requirements” in order for Nevada to honor their permit. On June 18th Nevada published an updated list of the states whose permits it honors and ten new states have […]